It’s Monday again which means that it is time to unveil our new Product of the Week for this week (August 31st-September 4th 2015). This week we have selected the Giant Ludo board game to be our recommended Product of the Week. Ludo is a great game for all of the family and our Giant Ludo game is a great party game as it is suitable for playing indoors and outdoors. Read on to find out about the origins of the popular game, the rules of Ludo and everything you need to know about our great Giant Ludo game.

The earliest evidence of Ludo is dated back to the 6th Century in Ancient India. There was evidence of this game discovered in India in the depiction of boards on the caves of Ajanta which are Buddhist cave mountains. This game was played by the Mughal emperors of India. Mughal Emperors were Central-Asian Turco-Mongols belonging to the Timurid dynasty, who claimed direct descent from Genghis Khan. 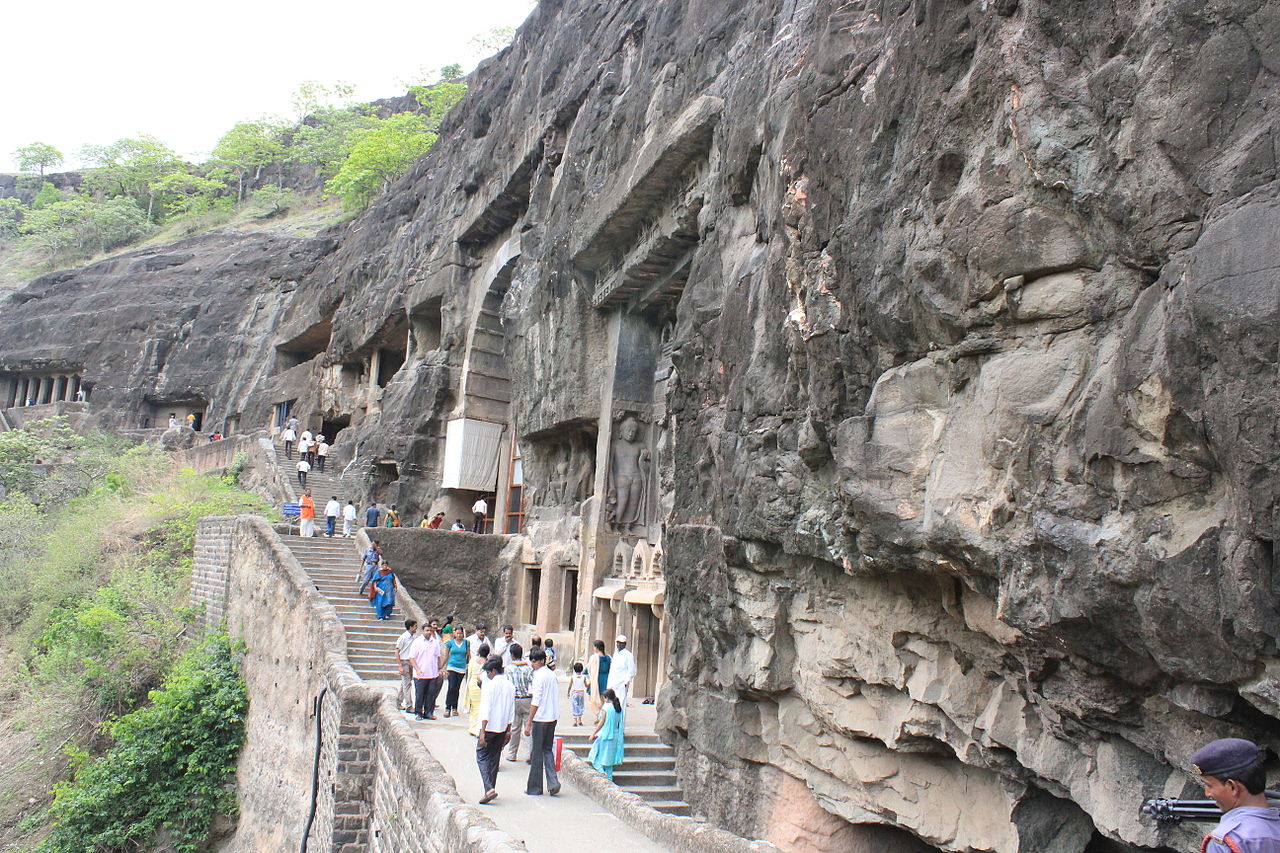 In Germany, this game is called “Mensch argere dich nicht” which means “Man, don’t get irritated”, and has equivalent names in Bulgarian, Croatian, Czech, Dutch, Polish, Russian, Serbian, Slovak, and Slovene. In Sweden it is known as “Fia”, a name derived from the Latin word fiat which means “so be it!” while in Denmark and Norway, the game is known as Ludo.

The Game of Ludo

Idea of the game

Two, three, or four may play. At the beginning of the game, each player’s tokens are out of play and staged in one of the large corner areas of the board in the player’s colour (called the player’s yard  ). When able to, the players will enter their tokens one per time on their respective starting squares, and proceed to race them clockwise around the board along the game track (the path of squares not part of any player’s home column). When reaching the square below his home column, a player continues by racing tokens up the column to the finishing square. The rolls of a cube die control the swiftness of the tokens, and entry to the finishing square requires a precise roll from the player. The first to bring all their tokens to the finish wins the game. The others often continue play to determine second-, third-, and fourth-place finishers.

Rules of the game

Each player rolls the die, the highest roller begins the game. The players alternate turns in a clockwise direction.

To enter a token into play from its staging area to its starting square, a player must roll a 6. If the player has no tokens yet in play and does not roll a 6, the turn passes to the next player. Once a player has one or more tokens in play, he selects a token and moves it forward along the track the number of squares indicated by the die roll. Players must always move a token according to the die value rolled, and if no move is possible, pass their turn to the next player.

When a player rolls a 6 he may choose to advance a token already in play, or alternatively, he may enter another staged token to its starting square. The rolling of a 6 earns the player an additional (“bonus”) roll in that turn. If the additional roll results in a 6 again, the player earns an additional bonus roll. If the third roll is also a 6, the player may not move a token and the turn immediately passes to the next player.

A player may not end his move on a square he already occupies. If the advance of a token ends on a square occupied by an opponent’s token, the opponent token is returned to its owner’s yard. The returned token may only be reentered into play when the owner again rolls a 6. Unlike Pachisi, there are no “safe” squares on the game track which protect a player’s tokens from being returned. A player’s home column squares are always safe, however, since no opponent may enter them.

It’s Product of the Week time again and we have selected the Penalty Shoot-Out Goal as this week’s recommended product. Football fever […]

It’s time to take a closer look at the current #ProductoftheWeek here at gardengames.ie. This week’s Product of the Week is the […]